Paid Traffic is a form of online advertising and is fast becoming the first option for companies looking to spend their ad budget.

Performance based ads (such as Pay Per Click) are still the overwhelming favorite of ad buyers.

Online search based ads are still the most popular form of online advertising. On the other hand, mobile ads are growing at the fastest rate.

ONLINE VS TRADITIONAL MEDIA – In Billions Of Dollars Spent (2005) 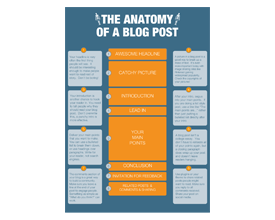 Does Blog Post Writing Intimidate You? If you need to know the Anatomy of a Blog Post, then you’ve come to the right spot. This infographic can help you understand